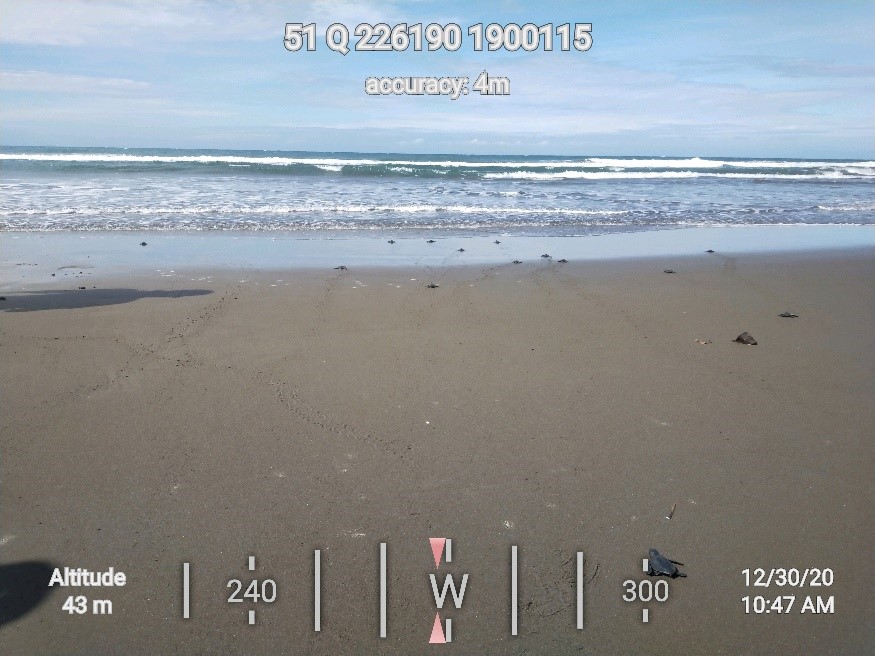 At around 11 P.M. of December 29, 2021 coastal residents, Robin Gadingan, Mark Joseph Barbin, Mark Sanchez, and Sony Francia witnessed the sea turtle hatchlings crawling in the shorelines and reported their sightings to the barangay officials who instantly reported to the concerned authorities who assessed the 73 hatchlings and identified as Olive Ridley (Lepidochelys olivacea) considered as endangered species. Barangay officials Eleazar Garidan and Reynaldo Aunor and volunteers were able to locate the turtle nest with 8 dead hatchlings and 5 unhatched eggs recovered.

The live sea turtle hatchlings were later released back to their natural habitat by DENR personnel together with the Candon City local government officials led by City Mayor Ericson G. Singson. Since the observation of hatchlings in the area, DENR and field offices in the region will be conducting a Community Education and Public Awareness (CEPA) in said costal community to educate the residents regarding the significance and conservation and management measures on sea turtle (Pawikan). (GCG- RSCIG)