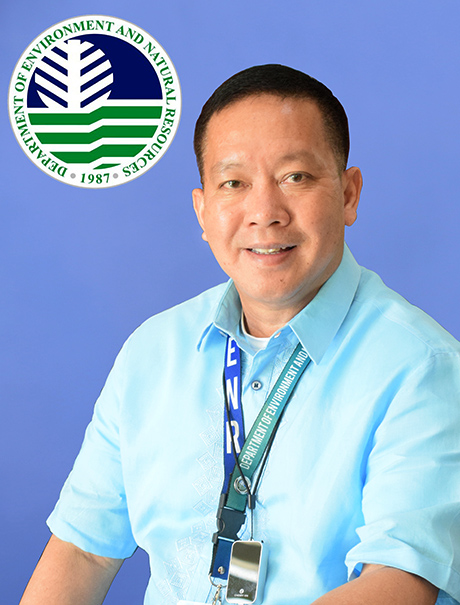 A Rank III Career Executive Service Officer, his success as a civil servant is the result of his dedication, hard work and commitment to the service.

He started his government service in 1982 when he was elected as a Sangguniang Bayan member of Pantabangan, Nueva Ecija. In 1986, he joined with the then Bureau of Forest Development (BFD), Natural Resources Division in Pantabangan, Nueva Ecija as a Casual - Forest Ranger. After taking up his Bachelor of Laws degree, he became a temporary Legal Officer of DENR Central Luzon (Region 3) in San Fernando, Pampanga until he passed the Bar in September 1993. After passing the bar exam, he practiced his profession as a private trial lawyer until he became a public attorney of the Public Attorney’s Office (PAO) in Manila.

RED Barcelo re-joined with the Department in 1996 as Chief of the Legal Division in Region 3. From there, he rose from the ranks, holding different key positions in the Department. After three years of being a Division Chief, he became the Regional Technical Director for Land Management Services of Region 3, National Capital Region (NCR), Ilocos Region (Region 1) in San Fernando, La Union, and CAR. He also became the Assistant Regional Executive Director for Technical Services of DENR NCR.

RED Barcelo is a multi-faceted leader as he earned baccalaureate degrees in agriculture engineering, medical nursing, and law. He also has a Master’s degree in Management and has earned several units for a post graduate degree in Environmental Science at the University of the Philippines. He finished his Bachelor of Law in Far Eastern University in Manila.

He has also attended various seminars and trainings which proved useful in the advancement of his career.

RED Atty. Crizaldy M. Barcelo is a native of Pantabangan, Nueva Ecija. He is happily married to Emily Aquino who is a registered nurse and blessed with four children, Oliver Wendell, Clarence Darrow, Jeb Collin, and Anika Chloe Dominique.