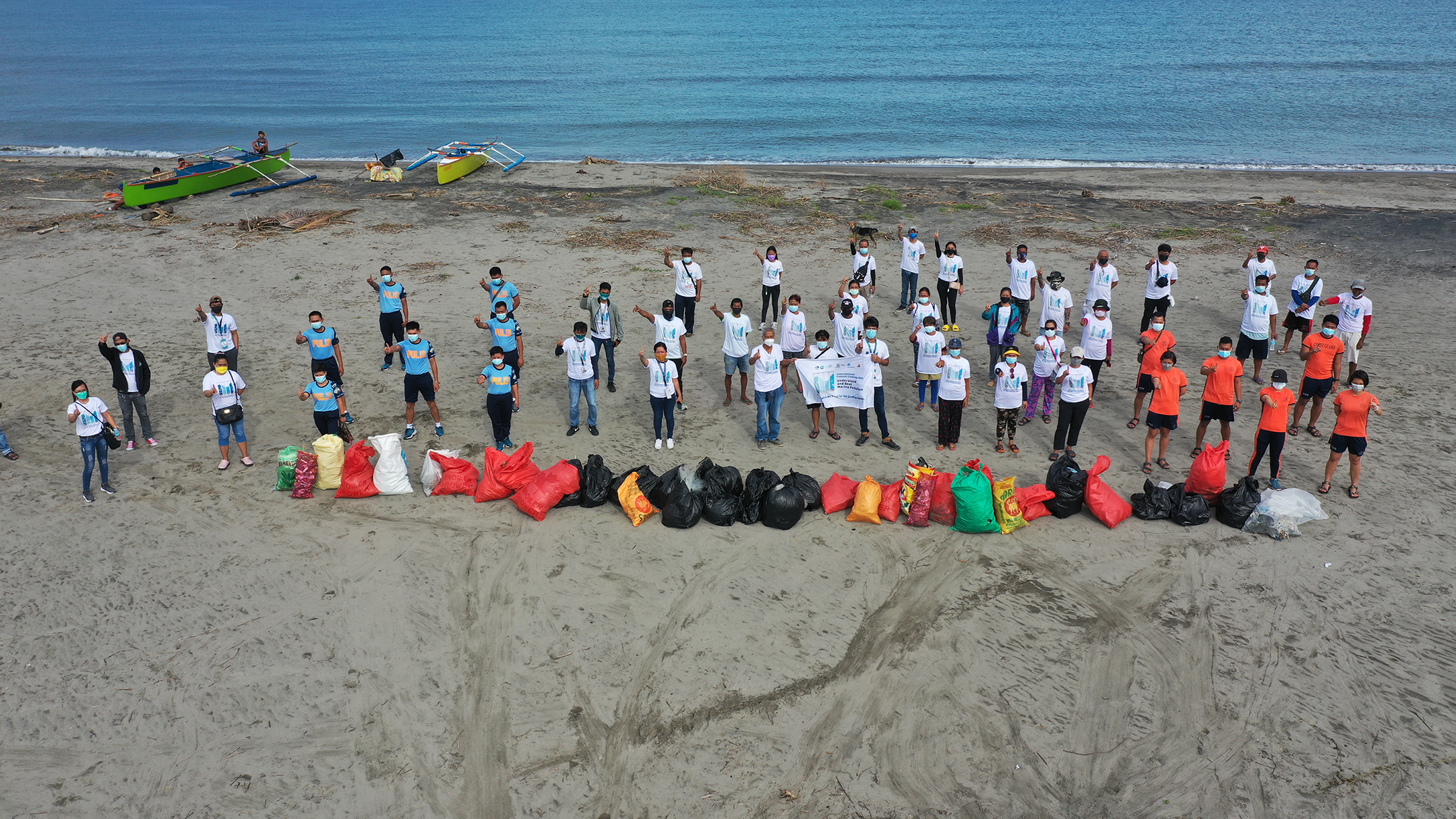 BAUANG, LA UNION – Every month of September, the country celebrate the international Coastal Clean- up (ICC) as per Presidential Proclamation No. 407 Series of 2003. The environmental activity is a reminder for us to take action and be part of protecting and caring for our coastal environment and our oceans, as we take care of ourselves. Amidst the limitations brought about by the COVID- 19 pandemic, the Department of Environment and Natural Resources, Region- I (DENR- I) spearheaded the observance of the International Coastal Clean- up 2021 in partnership with the local government units of Bauang and Aringay, La Union together with the Philippine National Police (PNP), the Philippine Coast Guard (PCG) and other stakeholders with a clean- a- shore activity on September 17, 2021.

The clean- up activity led by the DENR- I Conservation and Development Division (CDD) headed by Division Chief Barbara M. Pernia was participated by representatives of every divisions of the agency including the Mines and Geosciences Bureau (MGB) and Environmental Management Bureau (EMB) which was held in the coastal barangays of Baccuit Norte, Baccuit Sur, Taberna and Pugo and other six coastal barangays in Bauang, La Union and barangays Samara, Sta. Lucia and Alaska in Aringay, La Union. Trash Data Forms were distributed to the volunteers and participants to identify and weigh the collected coastal garbage like plastics, candy wrappers, bottles, styrofoams, metal debris, and among others. The collected garbage were put in gunny sacks which were transported by municipal garbage trucks to the sanitary landfill. There are 327 volunteers who participated in Bauang and filled 144 trash bags weighing 1, 255.35 kilos of garbage. 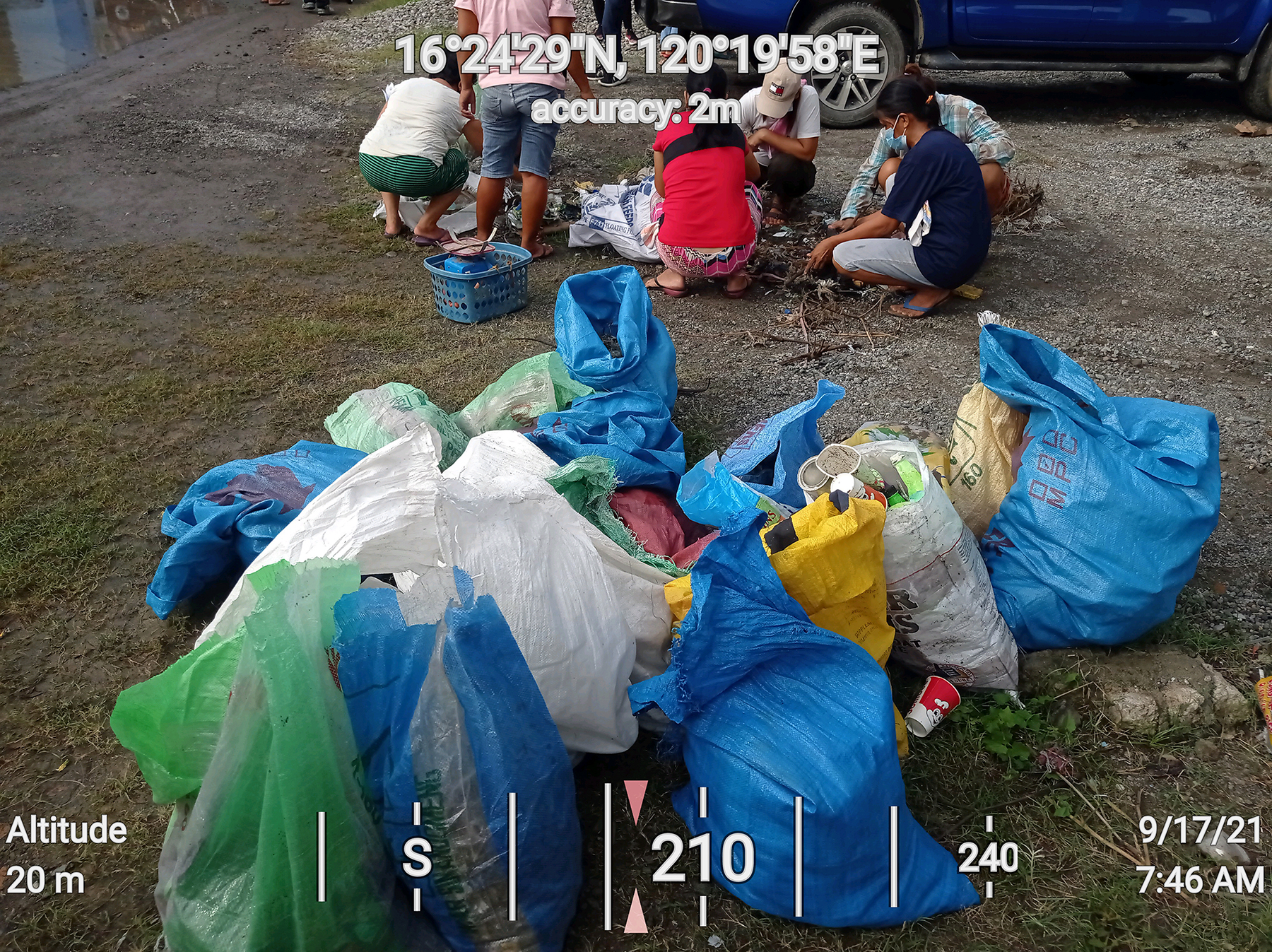 Same activity was conducted in Aringay, La Union in simultaneous with the DENR- I coastal clean- up activity in partnership with LGU and the Philippine National Police (PNP) Aringay in Brgy. Samara, Aringay, La Union. There are 158 volunteers who participated in Aringay and filled 43 trash bags weighing 191.5 kilos of garbage. The activity aims to promote waste reduction and create public awareness on waste management and environmental concerns as well as to improve outdoor recreational activities of coastal communities. The trash in the water impacts the environment on many levels, including harming wildlife, humans, and impacting the livelihood of those working on the seas, it causes economic damage by affecting tourism and recreation and the money they bring into the coastal communities.

Empowering people to take an active role in the preservation and cleaning up of the coastal areas are important parts of helping the conservation and preservation of our coastal environment. In the past several years, the efforts toward cleaning our seas and coastal communities have increased through the International Coastal Clean- up.  Volunteers all over the globe including the Philippines, work together on this month of September to help make a difference in the way the beaches, coasts, seas and oceans are able to survive and thrive. Let us also bear in mind the DENR’s Solid Waste Management reminder, Reuse, Reduce, Recycle our wastes. (GCG- RSCIG)