DENR-1 recognizes the commitment and dedicated services of its five (5) retiring personnel under the Salamat Mabuhay Program held at the Social Hall of DENR Building on May 31, 2021. Mandated by Civil Service Commission Memorandum Circular 7, series of 1998, the Salamat Mabuhay Program is a simple but meaningful ceremony held in honor of retirees in recognition of their contributions to public service. 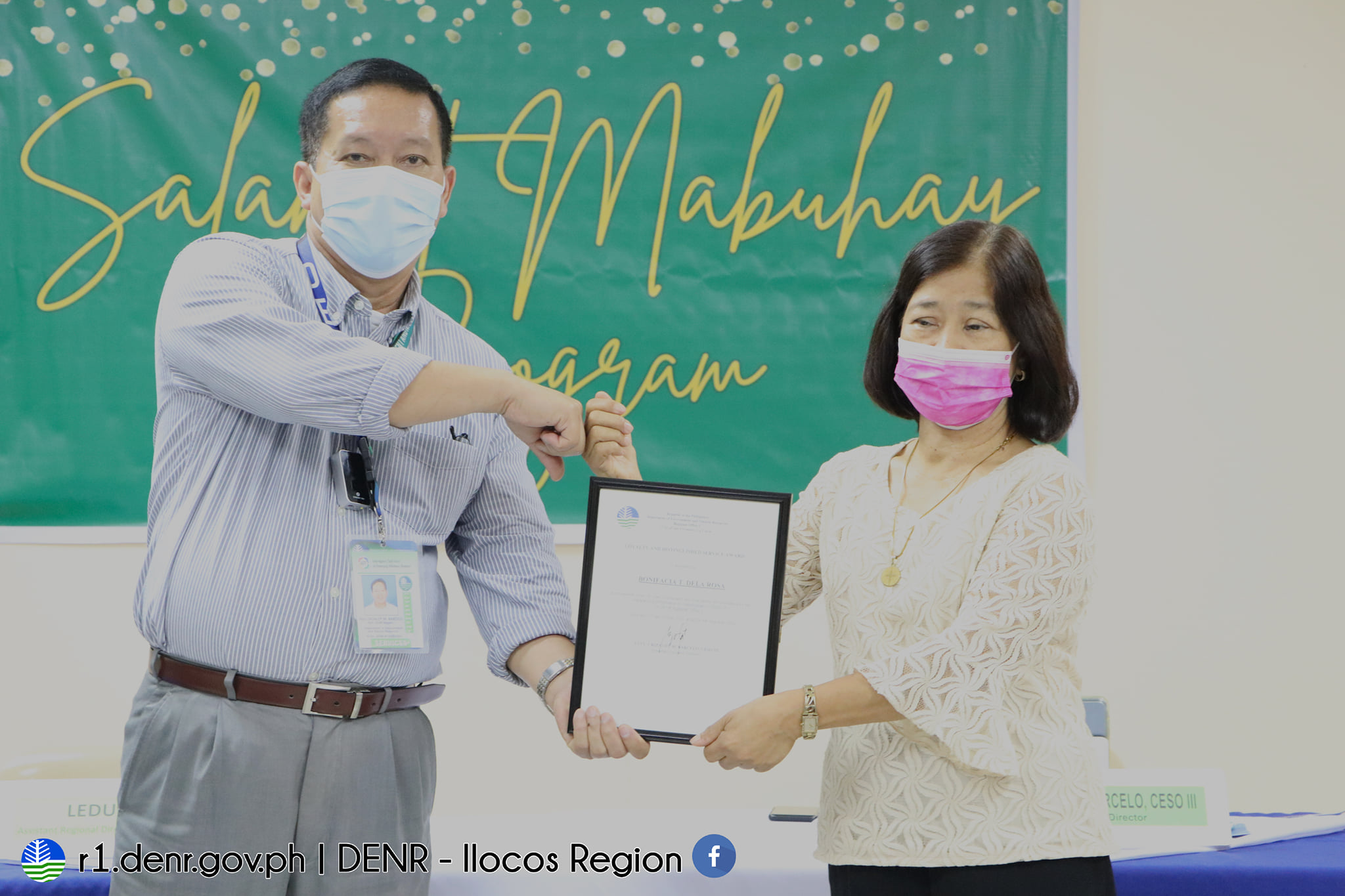 The ceremony was led by the Regional Executive Director, Atty. Crizaldy M. Barcelo and Assistant Regional Director for Management Services, Leduina S. Co and was attended by the Division Chiefs, co-employees from the Division and some of the family members of the retirees. Emotions welled up during the sharing of heartfelt messages and unforgettable memories from the family members and co-workers. Retirees have also expressed their gratitude to DENR for being the bread and butter of their families and for all the knowledge and experiences they will forever cherish.