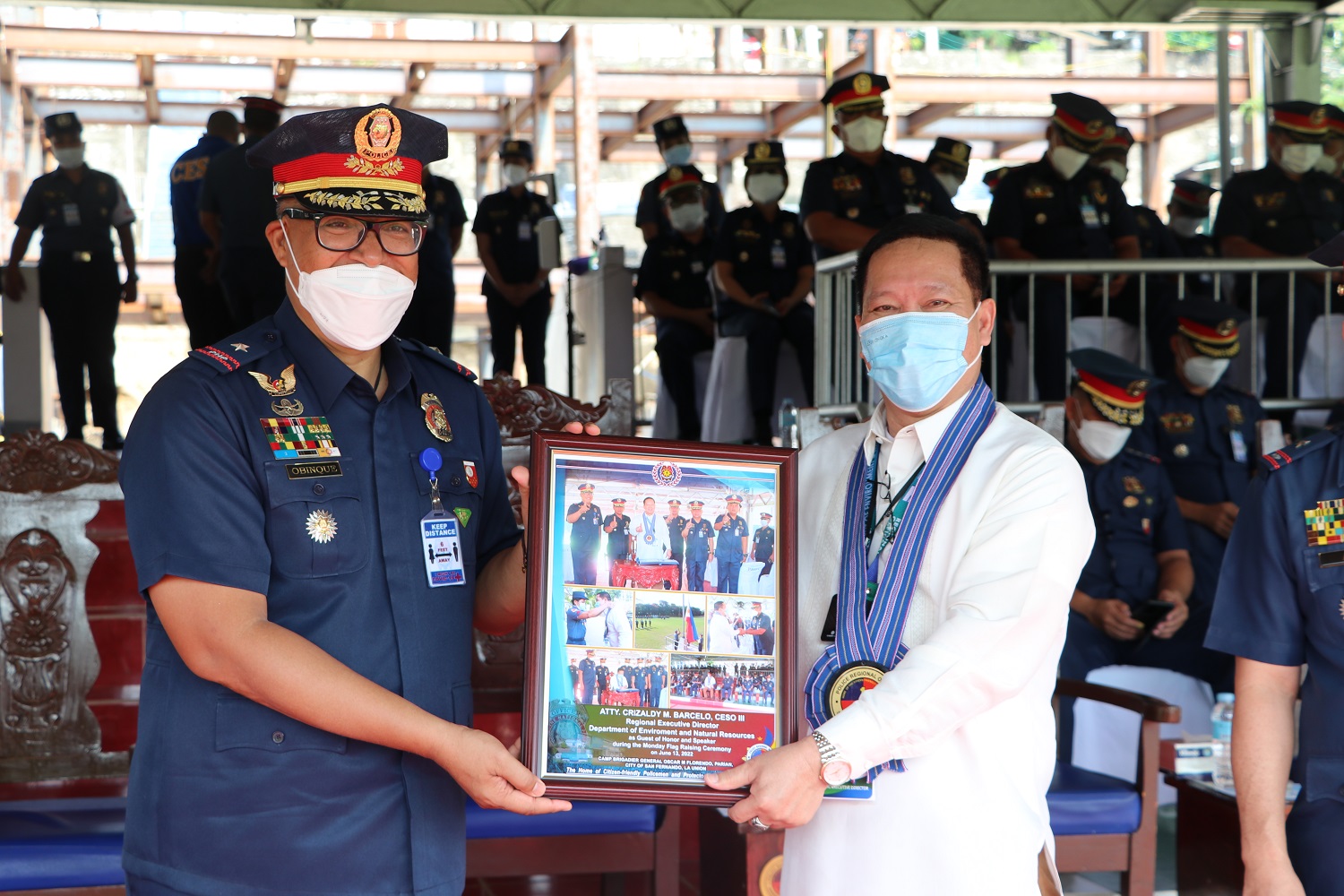 Upon arrival at the event venue, RED Barcelo signed the official PRO-1 guest book and was warmly welcomed by the uniformed men and women of the PRO-1 headed by newly-installed Regional Director Police Chief Superintendent Westrimundo D. Obinque. During the deliverance of his inspirational message, RED Barcelo reiterated the continuing partnership between DENR and the PNP in various environmental advocacies especially in the line of law enforcement. He likewise, cited the DENR Ten Priority Programs and presented some short clarifications on these programs. In conclusion of his message, he thanked the PRO-1 for being supportive to the DENR advocacies, programs and projects.  A certificate of appreciation and a simple but meaningful token was conferred to the DENR-I Head Executive.

Before the culmination of the event, RED Barcelo together with the PRO-1 Key Officials led the awarding of various accomplishments of PRO-1 and deserving men and women of the police force and was later given the honor to commence the PRO-1 Pass and Review which was customarily accorded to guest honors. (GCG-RSCIG)