The Culminating Program activity which was attended by key officials of DENR- I, Environmental Management Bureau, Region- I (EMB- I) and Mines and Geosciences Bureau, Region- I (MGB- I), aims to recognize the efforts of the agency’s advocacy partners in the region in line with the Ten Point Priority Programs of Secretary Roy A. Cimatu. Highlights of the program include virtual awarding with plaque of certificates to DENR- I advocacy partners in RIVERS for LIFE Award Program and these include Industrial Sand and Gravel 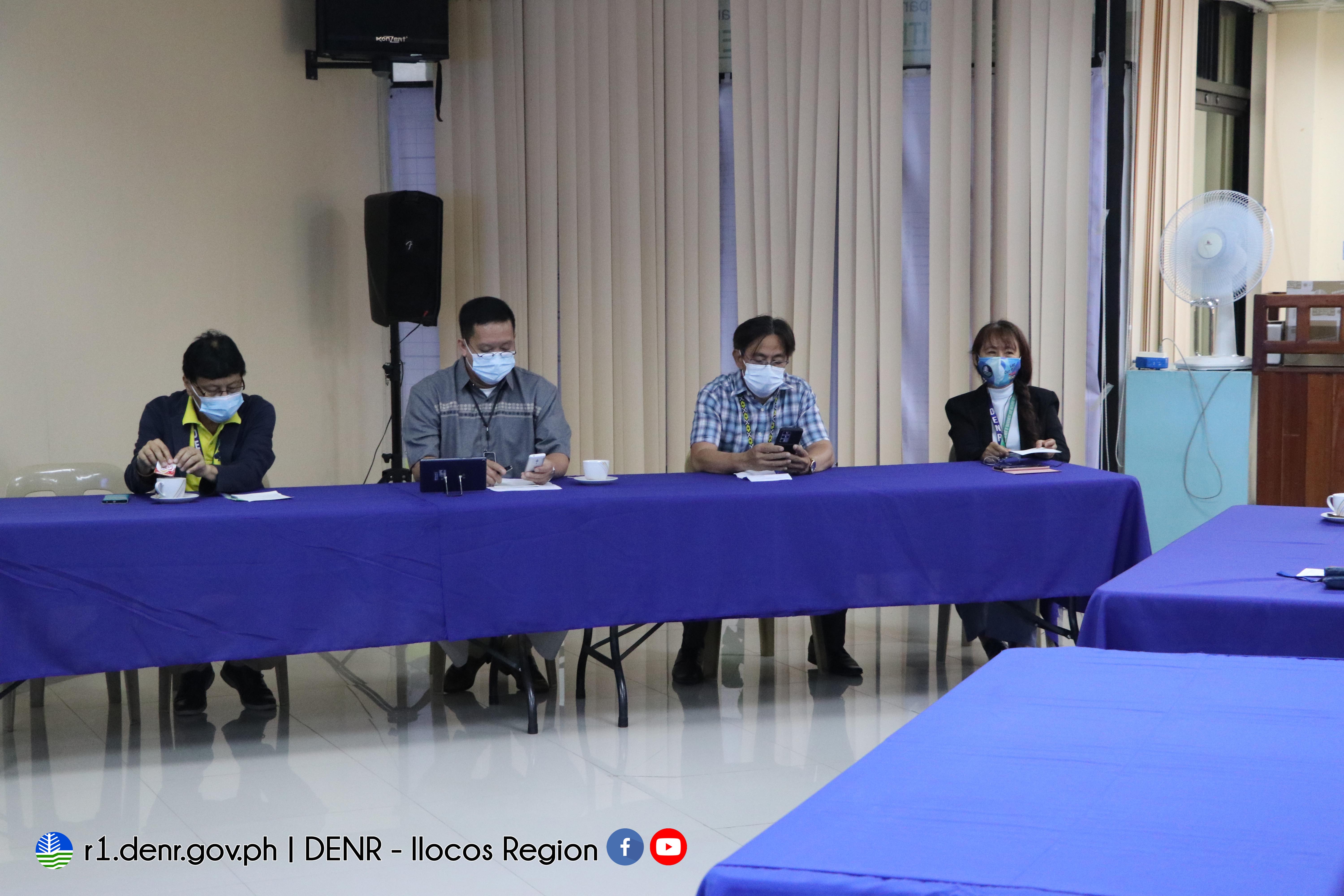 Permittees, Commercial Sand and Gravel Permittees, Department of Public Works and Highways, Region- I (DPWH- I), Provincial Government of La Union, local government unit of Naguilian, La Union, and PENRO La Union. Audio- visual presentation of the Naguilian River System was shown being the national winner in the 2019 RIVERS for Life Award. Other awardees include Atty. Leanne Maureen S. Apolinar and Atty. Derek R. Puertollano of the Office of the Solicitor General (OSG), winners of the DENR- I Dish Garden Landscaping Competition and certificates of participation were given to the DENR –I entries in the nationwide “Tayo ang Kalikasan” Jingle Making Contest.

RED Barcelo in his message, “Urged everyone to uphold laws and inculcate environmental awareness to the public and promote ways to reduce negative impact.” Likewise, he thanked the DENR- I Family for their support, cooperation and resiliency.”

The AVP of Lower Bakun River of Ilocos Sur was also shown being the 2020 official entry of Region- I in the nationwide RIVERS for Life Award. DENR- I Assistant Regional Director for Technical Services Felix C. Taguba delivered the closing remarks acknowledged the awardees and all partners of the agency’s programs and projects.  (GCG- RSCIG)