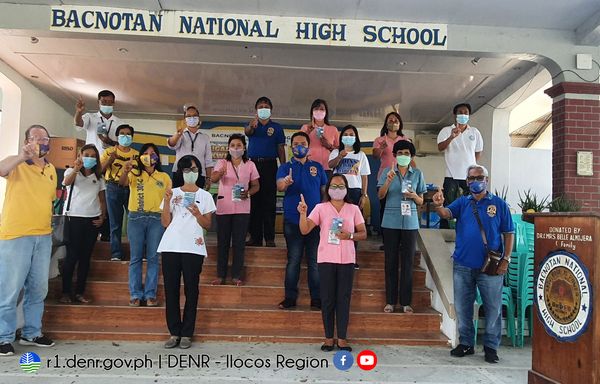 The ENR Ambassador Project shall serve as force multiplier of the DENR in promoting its programs, projects and activities with an end view of achieving behavioural change. Likewise, the young learners who received these pocket WiFi’s from the DENR as logistical support which the pocket WiFi will become partners in advocating the protection and conservation of the environment while the pocket WiFi will be used in their online learning and share their information, education and communication (IEC) campaign through social media. The project is a nationwide initiative to mobilize and capacitate the selected students/ youth deputized as ENR Ambassadors in the protection and conservation of environment and natural resources. This initiative of DENR Undersecretary of Solid Waste Management and LGU- Concerns Benny D. Antiporda is lodged at the Task Force Tayo ang Kalikasan in partnership with state universities and colleges and civic organizations such as the Lions Club International.

Students from Bacnotan National High School, Bacnotan, La Union, Santiago Elementary School and Pagudpud Integrated School in San Fernando City, La Union received these WiFi’s. The distribution was initiated by the Lions International District 301- C headed by District Governor Robert Ranchez in cooperation with DENR- I Regional Strategic Communication and Initiatives Group (RSCIG) headed by Renelita A. Santos. A Memorandum of Partnership Agreement (MOPA) was signed with partner organizations last February 24, 2021 for the allocation of 90 pocket WiFi in Region- I from the DENR while Lions Club International will grant for the monthly load. (𝐙𝐋𝐏/𝐑𝐒𝐂𝐈𝐆)